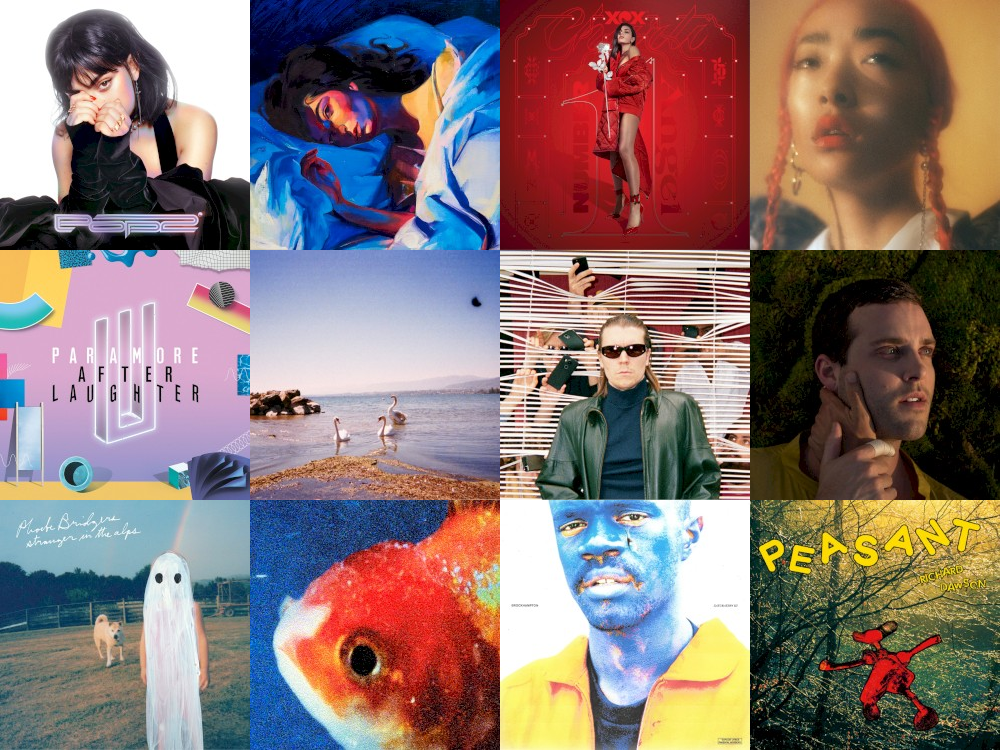 I listen to a lot of music. While I will listen to some albums a few times and move on, some stay with me. This post quantifies the albums from 2017 that stayed in my life in 2018.

Each December, I compile a list of my favorite recent albums from the past year. People really enjoy reading lists, so pretty much every music publication also releases a end-of-year list around the same time 1.

As fun as it is to parse through yearly lists, liking an album is no guarantee of future streams. Sometimes there are albums like Sufjan Steven’s Carrie & Lowell which, although exceptional, are do not exactly make the best background music for homework. Other times I might really en joy an album on repeat for a period of time, but I eventually move on the something else. I might get a nice feeling of nostalgia looking back at the record and how I now associate it with that time period, but there would be no way to replicate that initial infatuation.

In the streaming era, my music library is sometimes a bit like a midnight refrigerator run: there’s always plenty inside, but at the moment I might just be looking for something quick and easy. Thus this list is probably best described as my musical comfort food. There are the albums from 2017 I had on repeat in my head and in my ears throughout 2018.

Now I’ll say a few words about some of the albums on this list.

The prolific UK-based singer-songwriter has released a masterpiece. Featuring production from the likes of A.G. Cook and SOPHIE, Pop 2 is a celebration of future-facing pop music with catchy hooks and hyper-glossy production.

I was completely blown away by this on my first listen. Jack Antonoff joined Lorde as executive producer and together they crafted a record full of unexpected hooks and sleek arrangements. The fact that this album is even being compared to Kate Bush’s Hounds of Love is a testament to the songwriting chops of the young singer-songwriter.

Honestly I really wish that XCX3 got released last year as planned, but these two mixtapes are possibly the greatest consolation prize possible. PC Music-era Charli XCX just plain works. Perhaps the most impressive accomplishment in these mixtapes is her ability to feature so many other artists while at the same time not being overshadowed in the slightest.

I love the sound and aesthetic of pop music from the late 90’s and early 2000’s. It’s hard for me to describe, but there’s just a level of confidence to it that is difficult to reproduce. While Rina Sawayama by no means tries to replicate the sound, she channels it perfectly in this Clarence Clarity-produced EP.

Does Hayley Williams have one of the best voices in today’s music industry? Yes. Does Paramore keep getting better and better over time? Also yes.

This was late release (early December) and it did not receive very much attention from the music press. Nonetheless, I found it to be a very enjoyable winter album with a raw yet removed approach to its emotional subject matter.

Bubbly production and chippy songwriting. It’s a concept album. I still don’t quite get the concept, but that’s okay.

Phoebe Bridgers - Stranger in the Alps

I didn’t really get into this release until late this year. Wow, there are some good songs in here! Another great winter album with a lot of sad subjects, but also some intimate and emotional arrangements.

Rooted in a dual education in computer science and communication, I make meaningful information accessible with new media, social computing, and computational social science. I also post on Twitter, YouTube, and GitHub.